Many moviegoers are waiting for the premiere of Ambulance, which will take place in February 2022. This film is a remake of the 2005 film of the same name. At that time, the film received a lot of praise from audiences and critics. New technology and a high budget allow for better dynamics and picture quality. Therefore, the director promises that the viewer will not be bored while watching it.

There are several main characters in the movie Ambulance. The script has two robbers trying to rob a bank. They succeed. But escaping from the police and special forces is not so easy. During the escape, the two robbers have to steal an ambulance. In the car at the time was a patient in urgent need of medical attention.

During the chase from the police, the robbers have to choose between life and death. Will they sacrifice their freedom to save the patient? Can the doctor convince them to take the patient to the hospital before he dies?

This film is very dramatic. The director tried to show real emotions in the film. Despite the monotonous plot, there is action and dynamics in the film. After all, the action of the film takes place not only in the ambulance.

Viewers will see shooting, drama, chases, explosions and much more while watching the movie.

Michael Bay directed this film. American film director and film producer Michael Bay has tremendous experience and incredible talent in his work. This is evidenced by the box office receipts of the films that the man has directed. Among the most famous pictures he has created are the “Transformers” series, “Armageddon”, “Bad Boys” and “Pearl Harbor”. In addition, the director also cooperates with a music company, which produces music videos for songs of American stars.

The main role in the Ambulance is played by Jake Gyllenhaal and Yahya Abdul-Matin II. It is these two actors on the script are bank robbers. The third prominent role went to the famous actress Eisa Gonzalez. Eisa Gonzalez is a popular Mexican actress and singer. She became popular at age 16, when she starred in a youth television series. World fame came to the artist somewhat later, after the release of the American horror television series “From Dusk till Dawn. Gonzalez has also had success in show business as a singer. In the movie Ambulance, she had to play a dramatic and very serious role. We are certain that she succeeded in it 100%.

The musical accompaniment of the film was very dynamic and exciting. Lorne Balfe is the composer of this film. He is known for his work in other big-budget Hollywood movies. Therefore, you should not doubt the quality of the music and sound accompaniment.

Quality editing plays an important role in this film. One of the main editors, Roberto De Angelis, assures us that he managed to create a unique technology of frame change. This makes the Ambulance look spectacular.

The History of Filming

This film is a remake of an existing motion picture. In 2005, a film of the same name was released worldwide. It was directed by Laurica Munk-Petersen from Denmark. However, in the U.S. they decided to remake the picture and make it more dramatic, vivid and emotional.

Preparations for the shooting of the new film were first talked about in 2015. However, the first shooting did not begin until five and a half years later. The cameraman began shooting the first scenes in January 2021. It took only three months to finish shooting. From 2015 to 2020, the project had several directors and directors changing. It wasn’t until the end of 2020 that the cast and director were fully approved.

It did not take long to produce the film, as most of the scenes were filmed in a real ambulance. Safety requirements due to the spread of COVID-19 were observed during the work of the actor and crew.

Perhaps the film would have turned out very differently. After all, in the beginning, the main characters were to play other actors. However, then reworked the script and replaced the characters. We are certain that the final result will be even better than expected.

Ambulance is a very dynamic film. Many users have seen the official trailer and footage from the shooting. According to some viewers, this film is stylistically reminiscent of the Hollywood films “Heat” (1995) and “Training Day”. (2001). We all just have to wait for the premiere. 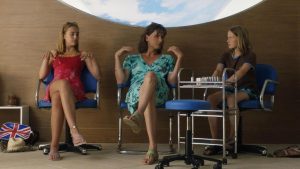 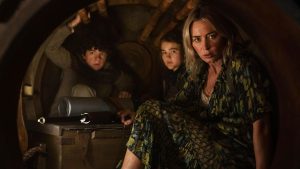